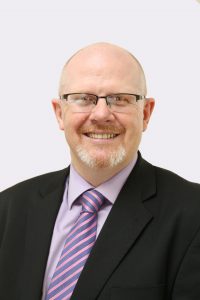 Tom has a Business Degree from NIHE Dublin and a post-graduate qualification in the Psychology of Organisational Development and Change from Herriot-Watt University, Edinburgh. He has been a member of the Chartered Institute of Personnel and Development for over 25 years.

After graduation, Tom spent 14 years in the UK working in various human resources and operational roles with leading multinational organisations including Alstom, PepsiCo, B&Q and Jewson. Tom returned to Ireland in 2001 to join Diageo where he spent eight years in senior HR and commercial roles. He has also worked as an Organisation Development Consultant in both Ireland and the UK.

Kathleen Vickers initial background was in social work and she has worked in the disability sector for most of her career.

Kathleen has previously worked in management for NCBI and Cheshire Ireland overseeing community based, residential, respite and day services.

Kathleen has a particular interest in effective board and operational governance and active citizenship for people with disabilities. 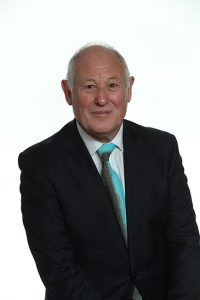 Robert Barker was appointed in September 2017, having served on the Audit and Risk Committee as an external member for the previous year.  He is a Fellow of the Association of Chartered Certified Accountants and an Associate of the Institute of Taxation of England and Wales.  He was, until his retirement, a tax partner in KPMG, specialising in Financial Services.  Since retirement, he has been involved with a number of charitable organisations apart from Rehab Group.  These include Howth Branch RNLI (where is he Treasurer), Sail Training Ireland (where he is a Director), Irish Cruising Club (where he is Hon. Treasurer) and Trustee and Hon. Treasurer of the Malawi Girls Education Fund.  His interests include hiking, theatre, reading and sailing. 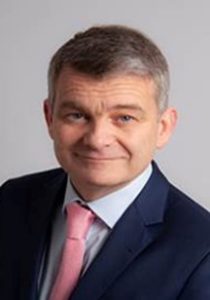 Sean McCormack is a Chartered Surveyor and Head of the Real Estate Advisory Unit in the Group Risk Division of Bank of Ireland which is an independent team of Chartered surveyors with responsibility for property collateral valuation risk and strategy, market monitoring, valuation policy and standards.

Sean joined Bank of Ireland in 2012 following a 25 year career in the property advisory industry holding various roles including of Head of Professional Services, Head of Commercial Business and Managing Director in DTZ Sherry FitzGerald in addition to running his own advisory firm. Sean previously specialised in valuation and rent review advisory and dispute resolution for commercial investment property and development land. 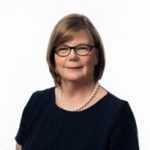 Ann Duffy is a Chartered Accountant by profession and worked with Fyffes, a leading international producer, importer and distributor of tropical produce, for over 25 years.  She is a member of the Institute of Directors having successfully completed the Chartered Director Programme with the award of a Certificate and Diploma in Company Direction.  Ann is currently a member of the Financial Services and Pensions Ombudsman Council and sits on its Audit Committee. She previously served two terms as an external member of the Trinity College Dublin Audit Committee. 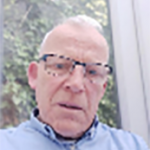 Joe is a retired lecturer from the Technological University of Dublin where he specialised in Services Marketing. He is former President of Sports in Dublin Institute of Technology.

Joe is the founder and Chief Executive of all-Ireland Student Charity, Students 10K for Chernobyl 2000-2013’s. This charity created many innovative programmes in Belarus for disabled young people which are replicated by other international humanitarian organisations.

He has served with International Fund for Ireland’s Wider Horizons Programme in the early stages of the Peace Process in Northern Ireland. Joe has served as Group Leader in AnCo (now FAS) in the External Training Division. 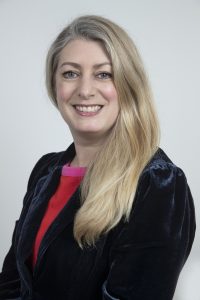 Ziva joined Central Remedial Clinic as the Head of Philanthropy and Partnerships in December 2016. Prior to joining the CRC Ziva has worked in the philanthropic capacity for the Dublin City University Educational Trust and the international UK based charity Interserve.

Ziva holds a BA in International Relations from the American College Dublin, MA in Politics from UCD and is a PhD candidate in Political Economy with UCD. Ziva has been also awarded a Diploma in Fundraising and Management from the Charities Institute Ireland.

Ziva’s specialty and areas of most interest are higher education, children and adults with physical and intellectual disabilities, good governance, leadership and corporate fundraising.

Edel O’Connell is a communications specialist with 15 years’ experience working in roles requiring the development and implementation of communications strategies, digital marketing, journalism, crisis communications, lobbying and public relations.  Edel has worked with a number of corporate, non-profits and SME’s, devising and executing a series of high-profile advocacy, public awareness and lobbying campaigns, such as the, the return of Discretionary Medical Cards to hundreds of children with Down syndrome and the delivery of a National Dementia Strategy.  She holds a Master’s Degree from University College Cork and a Diploma in Journalism and Communications from the Editorial Centre in London.

Edel is currently working as Head of Communications, Public Affairs and Fundraising with the Rehab Group. Previous roles include; the Alzheimer’s Society of Ireland and Fuzion Communications Ltd. A former, award-winning journalist, Edel has also worked for a number of regional and national publications including the Irish Independent, Irish Examiner and Evening Echo in Cork